Hi, my name is Paul Gill and I am grateful to have this opportunity to share with you the life I lead and hopefully help and inspire at least one person as I tread this path through life.
My paid work is with a great and leading company within the MPS sector. My employer is first class in all areas of our industry and we are able to deliver on time, every time.

My role within ABC Managed Services is as Service Director. Prior to joining ABC back in August 2019, I was with a competitor business and started that journey as a Regional Technical Manager as I moved to Scotland from Manchester and was asked by the business to set up a service division in Glasgow. I built that division from the ground up and Scotland now has a new Regional Technical Manager with 7 staff reporting in to him. As time moved on and through developing those around me in Scotland I was able to take on more tasks and roles and soon became involved in the Learning & Development aspects of the business and started the L&D Department with an L&D architect reporting into me as well as the technical staff in Scotland. That became successful and in 2014 the business was acquired, which was great for investment and they also brought with them a new portal that covered off most of our training, especially around H&S.

Then, at the request of the Chief Operating Officer I become involved in the Cost Control and Efficiency drives within the Technical Department on a UK wide bases. After 12 months of doing this, which saw a substantial reduction in spend on parts and other areas, as well as returning through the great teams around me some significant improvements in efficiencies across our KPI measurements I became the National Technical Manager with the same great team of seven Regional Managers and their teams of seventy seven staff. The two years following this change were great, the department went from strength to strength and that was down to the hard work and determination of all the leaders within it.  The department continued to grow and strengthen further by making other organisational changes leading to further efficiency drives and cost control.

Up to 2013 I was involved as a volunteer supporting a prestigious Scottish Public Service provider, St Andrew’s First Aid.  Through my St Andrew’s First Aid volunteer work I have undertaken courses and training in First Aid and Life Saving Skills and was very fortunate to offer support and care to the public at many events throughout Scotland. Each year providing 650 hours plus of volunteer public service at events as well as in depth training in both hard and soft skills.
On my journey, both in the volunteer and work arenas, I have learned a great deal and not least becoming COLF accredited and looking at new ways of engaged learning within the workplace.
I am hoping to share some of these experiences with you.

When our second Daughter came along in March of that year, I took the decision to take a break from volunteering so I could be a bigger part of both my Daughter’s time whilst growing up, something I greatly missed out on with my three children from my first marriage and deeply regret as the clock can never be turned back.

I will at some point head back in to volunteering in some guise or other – it is after all, very infectious!

I invite you to have a read through my CV, which I hope offers an insight into some of the areas where I believe my hard work and determination has paid off. 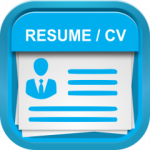 TALK TO US, WE ARE KINDA AWESOME 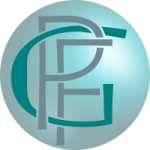